Bantam Pub, oh how tortured I am! 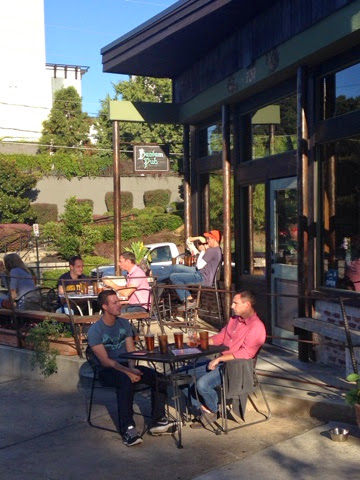 Bantam Pub is a quaint little spot adjacent to Old Fourth Ward Park. The inside is pretty small, bar seating and a few tables. There are quite a few tables in the open; several out front, a covered area, and a seperate building about twenty yards away called the Lido Deck (very cute). Outside at Bantam is where you want to be on a pleasant fall or spring day, a perfect addition to Atlanta's patio drinking scene.

I was so hoping the food would live up to the atmosphere, however I was dissappointed! A friend and I split four appetizers, which was enough to fairly form my opinion. 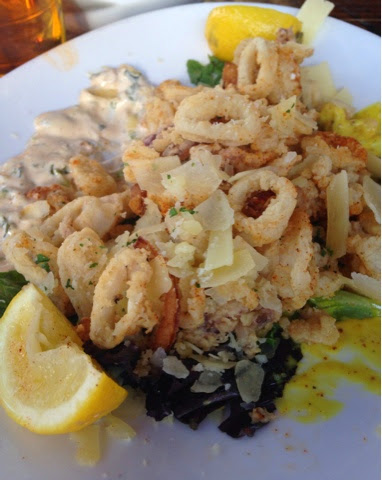 We ordered the calamari. The batter was just okay and it came with two sauces and shaved Parmesan Cheese on top. It had a spicy mustard on one side and remoulade sauce on the other. Can you say identity crisis? The dish had way too much going on, my goodness! The batter and sauce make calamari, so do one sauce and do it right. 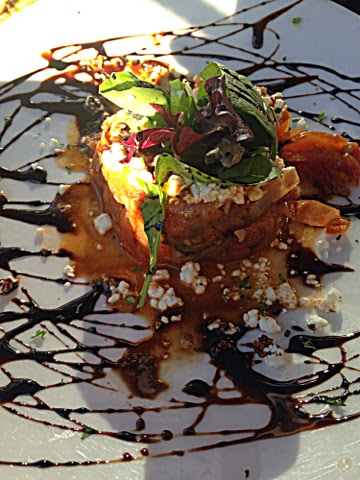 The Tartare was actually the best of the four but only if you like goat cheese. It was roasted tomatoes with goat cheese and drizzled Balsamic vinegar. It was a creative veggie spin on steak tartare and had great flavor. 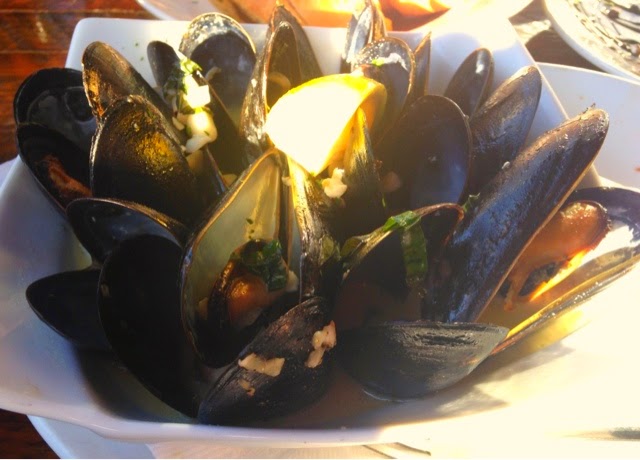 The mussels we ordered were nice size but I honestly do not even know what sauce they were cooked in, nor do I care. They were so very bland, how is this acceptable to the chef. Where is the love? Last and least, the raise your blood pressure scallops, they were by far the worst of what we ordered. Basically it was seaweed on top of scallops in a bath of salty soy sauce. It was so salty it was almost inedible and this is coming from a girl who LOVES salt and soy sauce. Limiting my soy sauce has probably been the hardest sacrifice since being on Paleo.

After straying from my clean regular eating habits I was so dissappointed. When I cheat I want it to be worth it, especially when consuming that many calories.

Dear Chef at Bantam Pub, have you tasted your food? Please cook with passion or don't bother wasting people's money, calories and time. I will go back but only for drinks and the atmosphere. Until then, there are way too many other great pubs in the metro Atlanta to enjoy!
Atlanta Georgia