- October 28, 2014
I was super excited to try this newer eatery in Chamblee especially since they have an EV charging station and we could plug our Leaf in for free. I had also checked out their menu and it looked great! 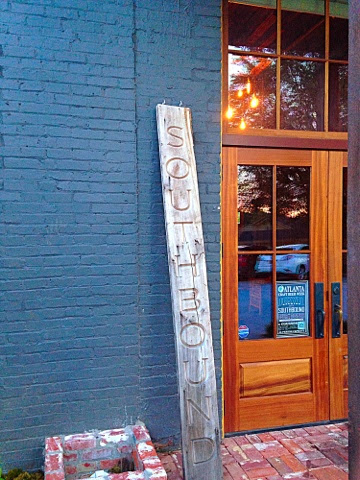 The restaurant was huge, two rooms, a big bar, and patio area downstairs and another bar, room, and balcony upstairs. The interior was beautiful with re-purposed items, tall ceilings with big windows, warm wood, concrete countertops, and vintage lighting. All together it created a warm atmosphere until we sat at the bar and had ice cold service. There were three bartenders that barely greeted us and begrudgingly answered our questions. I could understand it more if they were busy but they weren't. I love sitting down at a bar and getting that warm welcomed feeling, it always starts the meal off right. The service never improved, looking back we should have left after our first drink. However, we wanted to try the food. 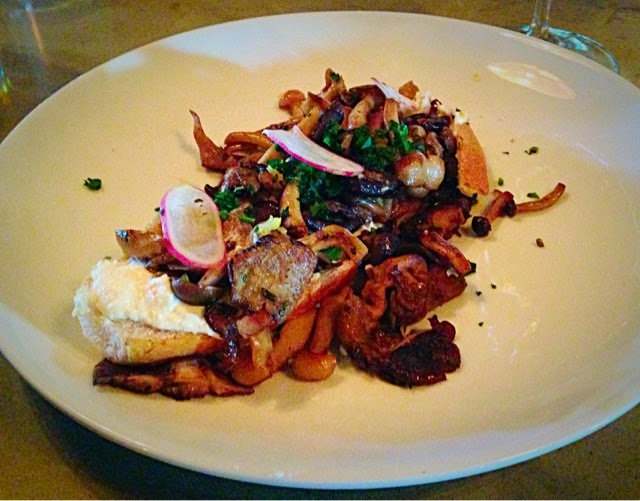 Luke ordered the Mushroom Toast for an appetizer. A variety of mushrooms marinated in soy topped with radishes, mild cheese and parsley served over a warm baguette. Overall, a good dish and different than your average appetizer. 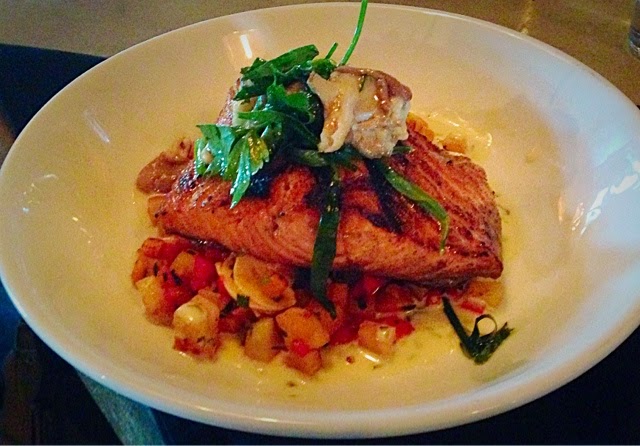 For dinner, he ordered the Wood Grilled Scottish Salmon. The salmon looked delicious, but lacked flavor. It was served over a fall veggie hash and a buerre blanc sauce, which was excellent. 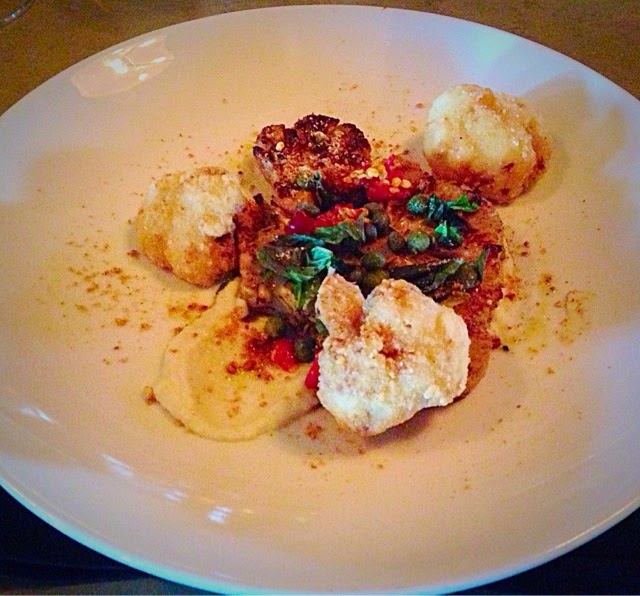 I ordered two appetizers instead of a main entree. The Wood Grilled Cauliflower looked intriguing so I ordered it and the Charcuterie Board. The cauliflower was interesting, it came with a couple of pieces of fried cauliflower and the wood grilled cauliflower was pureed. It was served with capers, calabrian peppers and basil on top. It was good not great, but partly to do with the temperature since by the time it was served it was barely luke warm. 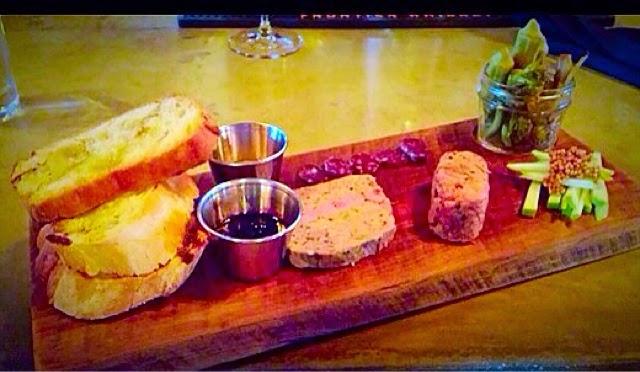 The Charcuterie Board was lackluster. The ham hock and pate were terrible. The pickled okra lacked the tangy, sweetness of pickled vegetables. The five pieces of chorizo was the best part, had I ordered to share we would have been fighting over the five sparse pieces. The apple was refreshing and good. I don't eat bread because of Paleo but I had a bite to try the marmalade, that was good too.

I had such high hopes for Southbound and was hoping it would be a great addition to Chamblees' Antique Row. I had two glasses of wine and Luke had one beer, even if we had wanted another empty glasses at Souhbound remain unnoticed. Our tab came to $82 without tip, and for that price I expected more. The food was average and the service was terrible which by the way is the first time we have a left less that a 20% tip in awhile. I left with such a bad taste in my mouth that I don't know I could give Southbound a second chance.

Tip - Unless you are a glutton for punishment, spend your money elsewhere. There are way too many other awesome eateries in this city.
Chamblee Georgia