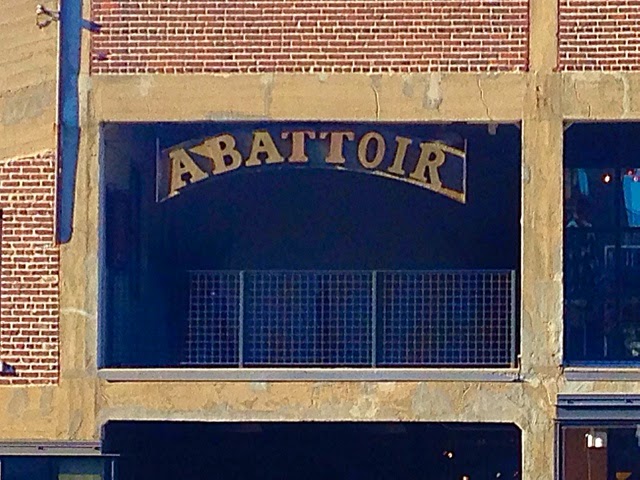 Abattoir has intrigued me ever since we were exploring the west side Star Provisions complex. The restaurant is so warm and cozy despite its tall lofty ceiling and concrete walls. They have dressed the restaurant up with hardwoods, soft lighting, and farmhouse dining tables. It has come a long ways from being a slaughterhouse, hence the name "abattoir". They also have an outdoor fireplace to have drinks or dinner with an even cozier ambiance. 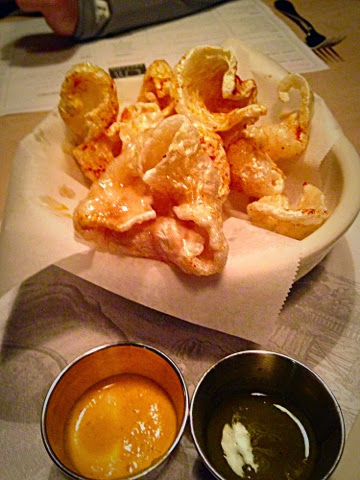 Kevin ordered the Chicharrones for sharing. They were crispy and had a nice spicy sauce for dipping. 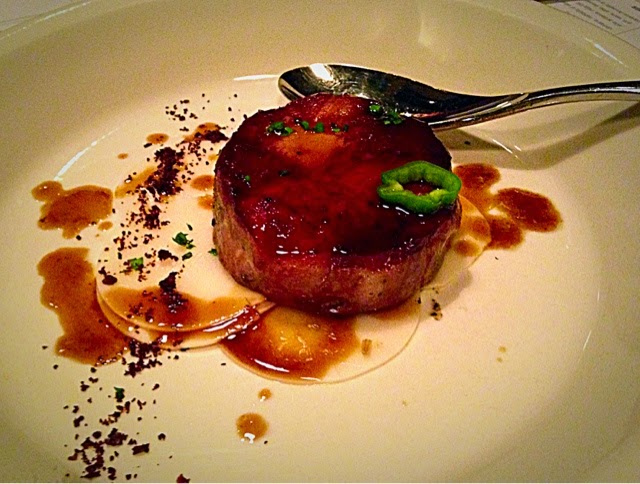 Luke and I ordered the Mosaic. It is basically different parts of the pork shoulder dice and glued together then pan seared, and topped with a sorghum glaze. They served it over hearts of palm. It was delicious!! 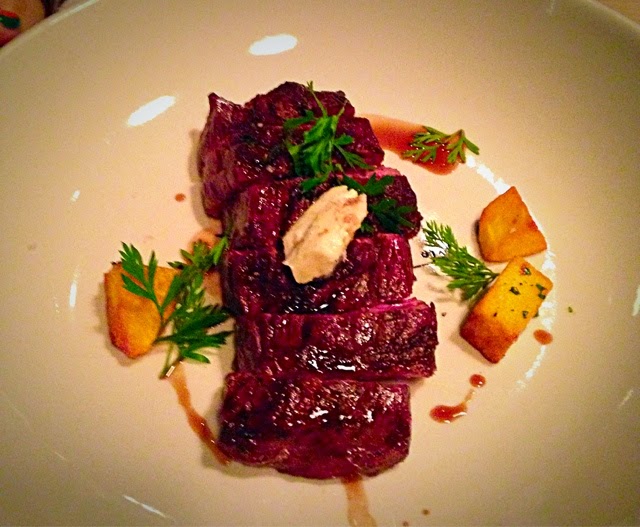 Susie ordered the Bavette Steak, a flap steak similar to a flank or skirt steak. It was served with crispy potatoes and a bordelaise sauce drizzled on the steak. The bordelaise was a complimenting sauce. The dish was delicious as well. 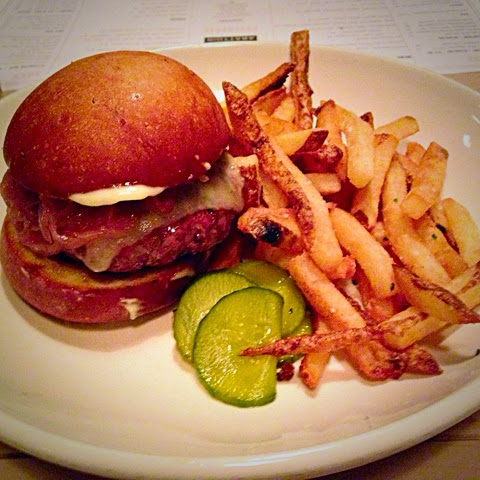 Kevin ordered the burger well done, yes I said well done. I love you Kevin but you killed the meat, lol! The server even gave him a hard time about it, which reminds me if you go to ask to be seated in Nathan's section. He was a great server with a fun personality, best server to date in Atlanta. 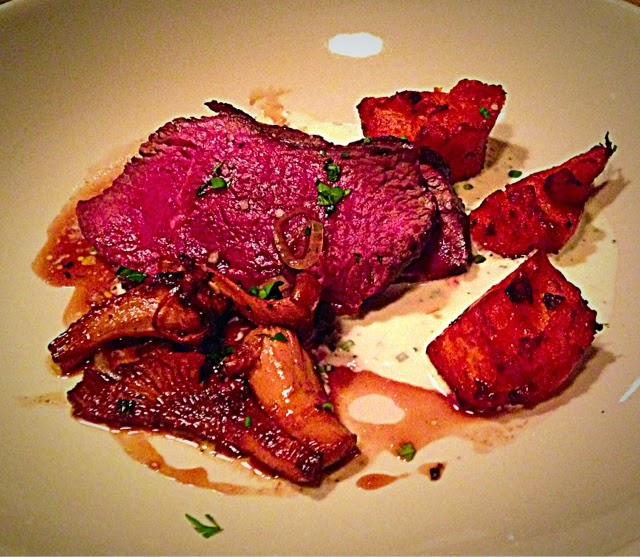 Luke ordered the Wagyu Culotte Steak with sweet potato and a bourguignon sauce. The wagyu was so tender it melted in your mouth. Again, the bourguignon reduction was a great accompaniment. 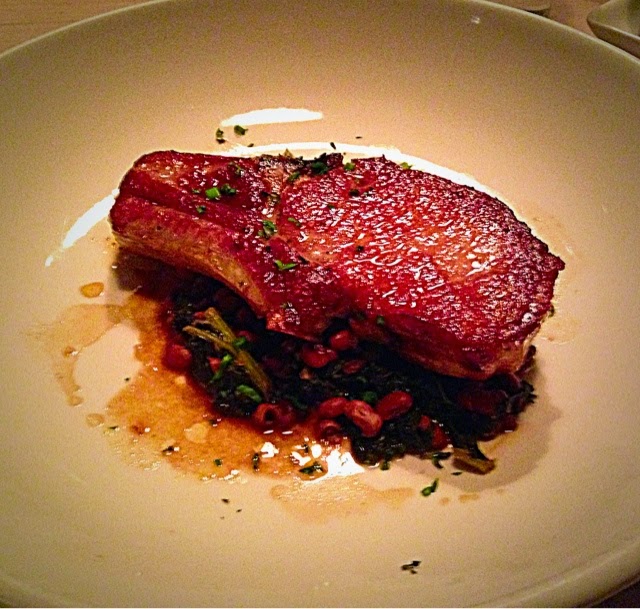 I ordered the Pork Chop and it was awesome. Best pork chop in Atlanta I have ever had with the pork chop at Serpas being a close second. It was served over sea island peas and a calvados jus. 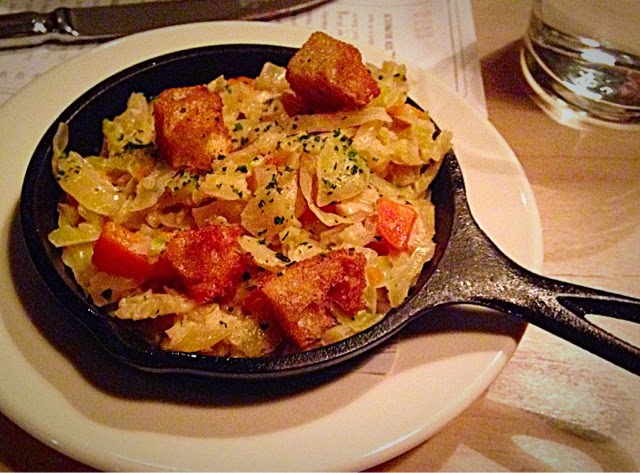 The entrees are served a la carte so we ordered a couple of side items. The creamed cabbage with sourdough croutons, it was so cute in the mini cast iron skillet. It was tasty. 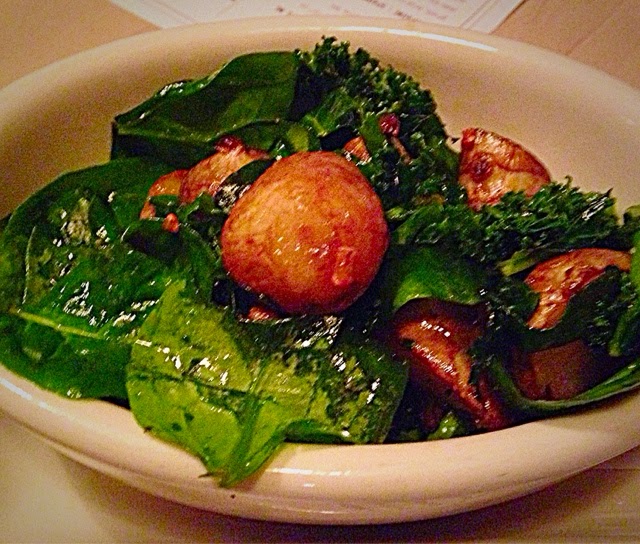 We also ordered the sunchokes with the kale, scallions, and scallion vinaigrette, which was great!

Another nice thing about Abbatoir is we were there on a full Friday night and it wasn't loud. They also do not cram you in where you are elbow to elbow with your anonymous neighbor, there is plenty of room between you and the next table.

We all loved Abbatoir and look forward to returning to this truly inspiring farm stable to table restaurant. The menu is constantly changing and I welcome tasting new and exciting things the chef creates.

Tip - Make a reservation and ask for Nathan to be your server.