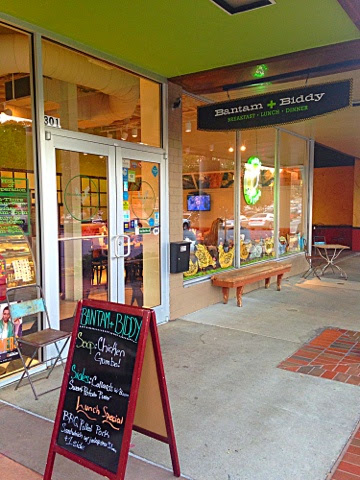 Bantam & Biddy is one of my "go to" casual restaurants in Atlanta. They have great breakfast and lunch fare and take the extra step to label items on the menu as gluten-free or vegetarian. My in-laws were visiting from Spain and we decided to take them here. Unfortunately, we were all disappointed in dinner and now realize that B & B needs to be kept in the lunch and brunch category. 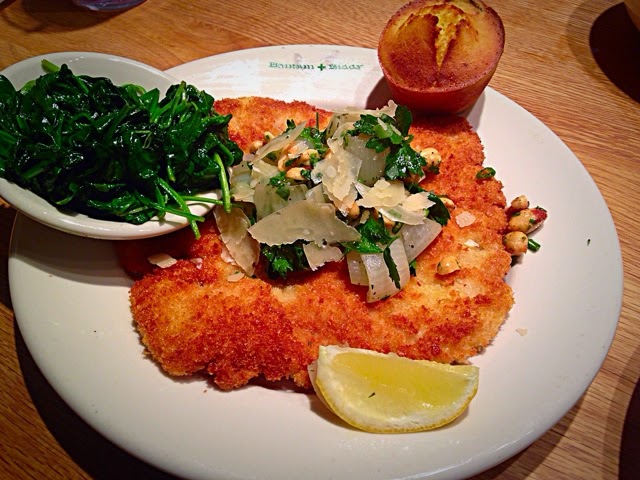 Luke ordered the Pork Schnitzel and it was tasty but not fabulous, but anything breaded and pan fried will always taste decent. It was served with onions, peanuts, parsley, and parmesan cheese. It was nice to have your choice of side, which is rare these days with the chef always preparing the combinations. Luke chose the sauteed spinach and garlic, which was very good! 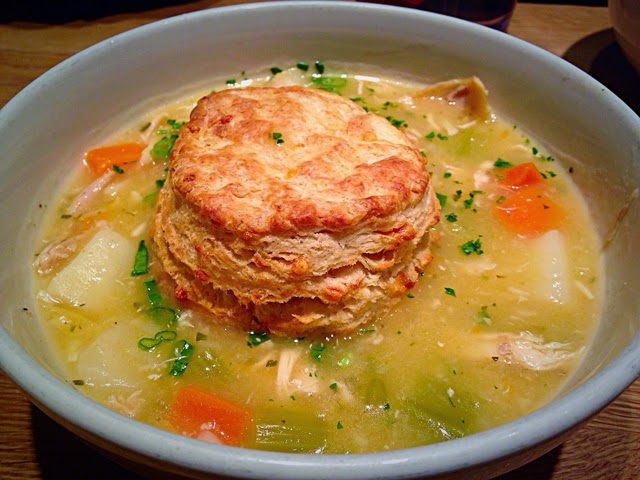 My in-laws both had the Roast Chicken and Vegetable Stew. It was basically chicken soup with a biscuit on top. They thought it was too salty and I did too, which says a lot especially since I am the queen of salt!! I think if the menu had said soup they would have ordered something different. 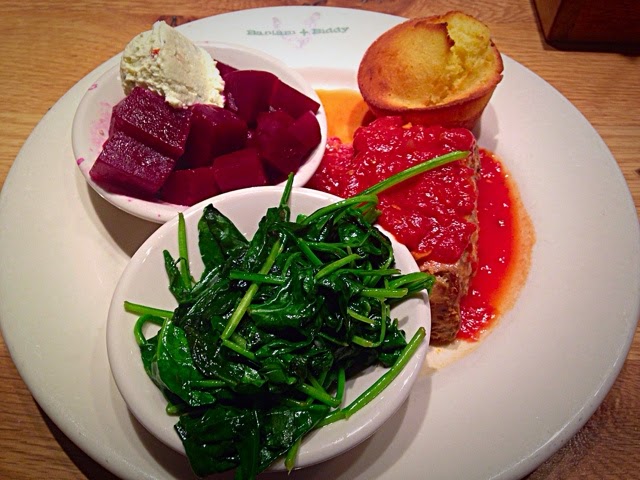 I ordered the Grass Fed Gluten-Free Meatloaf, it was tasty but I can make a better version of a Paleo Meatloaf at home. The beet and goat cheese salad was great!  I loved the tangy vinaigrette they dressed it with, it was a nice contrast to the sweet beets, and the creaminess from the cheese just added another dimension. I had a bite of the cornbread and it was fantastic, a better version of Boston Market's which if you were a fan of, you would love B&B's cornbread!! 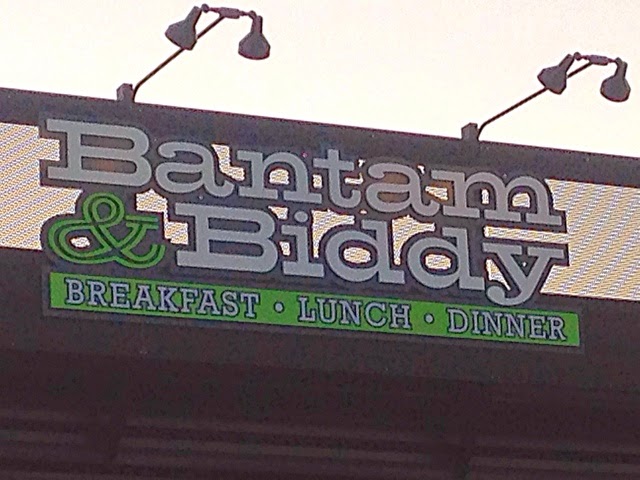 I love Bantam & Biddy for their salads and rotisserie chicken, but think their entree items are lacking taste and depth. They are amazing in that they are using high quality ingredients and still keep the price affordable, I respect and totally support them for this. I will be back for lunch and will be looking forward to every bite!!

Tip - Their midtown location does not get as crowded as the Ansley Mall, Avalon is their latest location  and it was super busy when we were there.