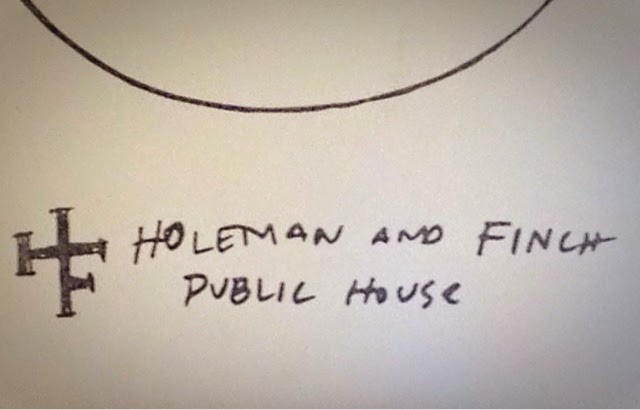 I am glad Holeman and Finch finally came to their senses and put the burger on the menu all of the time. I always wanted to try their burger but the timing never worked out right. Our friends Eddie and Hali hadn't tried the Holeman and Finch burger nor my favorite Atlanta burger at Bocado so we went to both places the same night for the comparison. 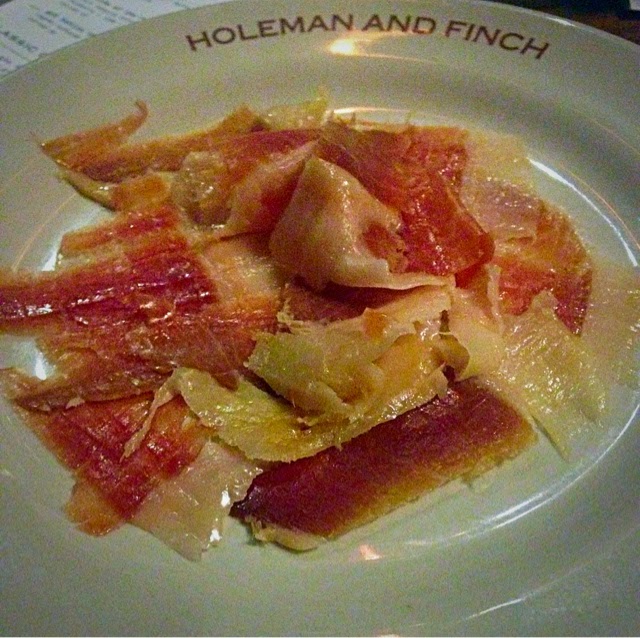 We ordered the Sliced Edwards Surry Ham. It was great for sharing and delicious with a nice smoky, cured flavor. It was nice starter. 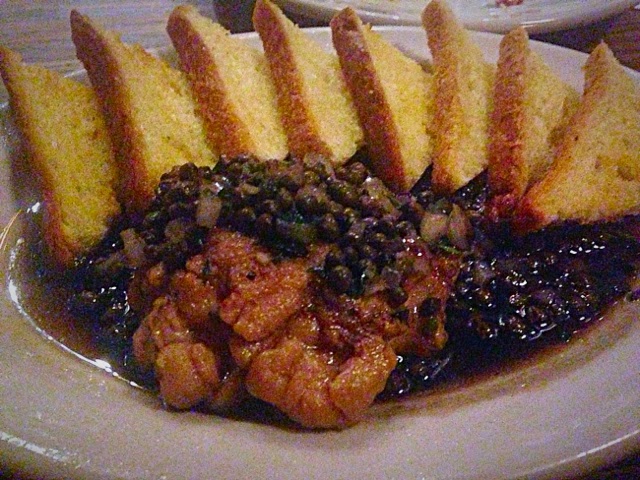 We ordered the Black Butter Veal Brains. Yes, I said veal and feel bad for eating it, but wanted to try the brains. The brains had great flavor with onion, butter, capers, and lemon flavor. However the consistency is just what you would think, mushy and gelatinous, hard to get past that texture. 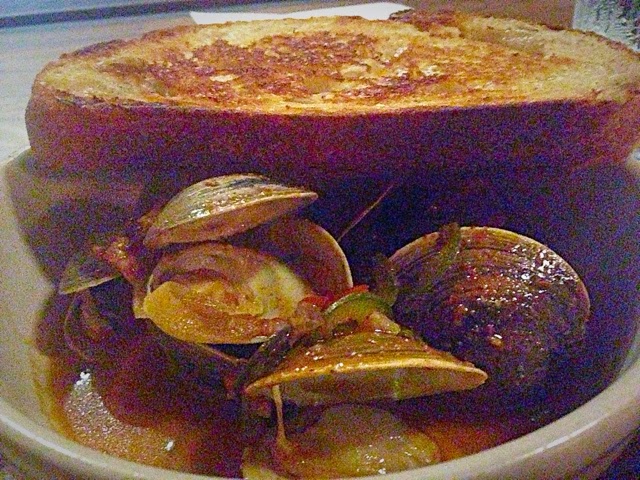 We also ordered the Sapelo Island Clams. They came in a great broth of fennel, white wine, and parsley. Nice and clean pronouncing the brininess of the clam itself. The bread was amazing and dipped in the broth even better, I had more than my one usual bite. 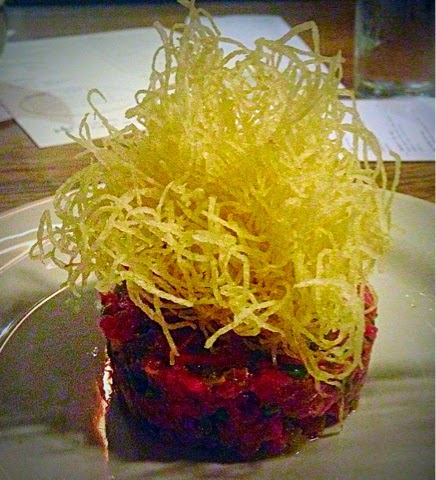 If you asked me the question "What should Holeman and Finch be known for?" I would definitely say the Steak Tartare. I have had beef tartare plenty of places in Atlanta including what used to be my favorite at Paper Plane and none of them compare!!! It was amazing! The perfect amount of parsley and roughly grounded salt chunks. Plus, the shoestring potatoes on top added a unique and pretty presentation. 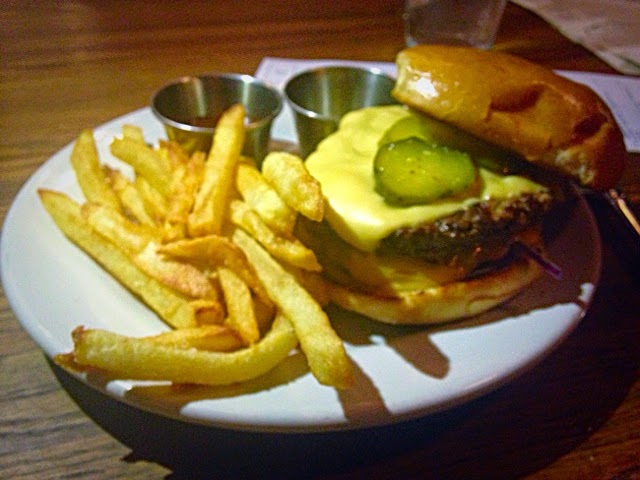 Moving on to the most important part of the meal . . . the famous burger! It was definitely one of the better burgers I have had, however it still fell a tad short of Bocados' burger. They are very similar since they both are on the Holeman and Finch bun, but the burger itself did not melt in your mouth like Bocado. It didn't have the balance that Bocados' has. I would have been mad had I gotten there at 8pm to put my order in for one of the 24 burgers served at 10. To be fair, there was so much hype about this burger, it's hard not set your expectations to high.

The cocktails, wine and beer list were well rounded, a little something for everyone. The atmosphere is open, airy, and inviting. I would definitely like to go back and try some more items on their menu, but I will stick to Bocado when craving a burger.

Tip - The dining area is tiny and so are some of the tables, the bar would guarantee more space.