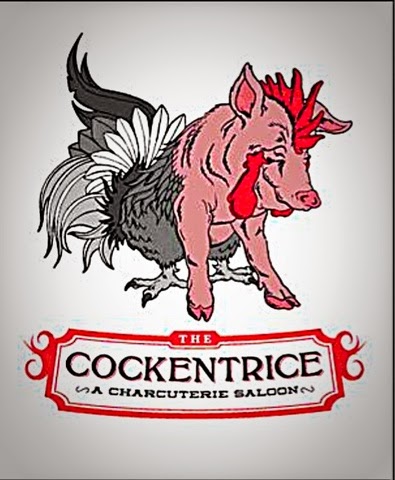 When I heard Kevin Ouzts was opening a restaurant in Krog Market, it couldn't open fast enough. I had always been a fan of his meats from the Spotted Trotter and knew he would deliver in his new restaurant. Apparently I was not the only one excited because he raised over $100,000 through KICKSTARTER to help fund his new venture.  We knew our friends Brian and Katie were big fans too so we made plans to visit soon after they opened. 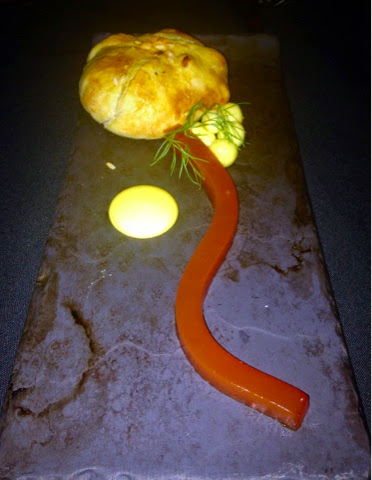 I knew this restaurant would be heavy on the small bites and it was. The menu had some very unique items. To start, we ordered their version of a Shepard's Pie. It had golden beets and goat cheese inside of puffed pastry, served with a quince paste and bites of lemon cream. I rank this high on the creativity scale however, it did not deliver. 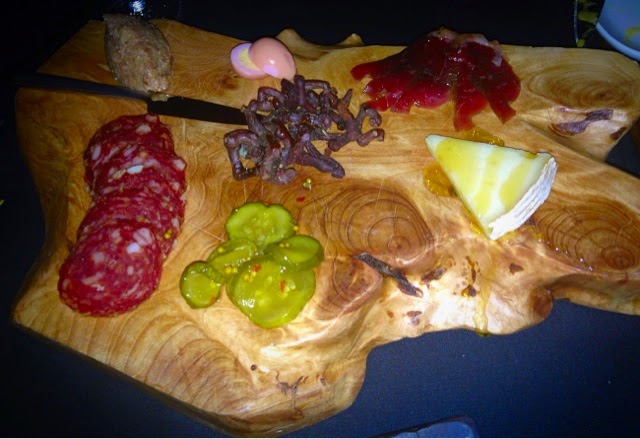 We had to sample the Charcuterie, and of course all of it is made in house. The duck prosciutto stood out the most for me, it was delicious. The item in the middle that they served as an accompaniment on their boards was an interesting Japanese fruit. It tasted similar to what a dehydrated grape would taste like and had a spongy consistency. Overall, I was a little disappointed with the starters we ordered, but the entrees were the stars of the show. 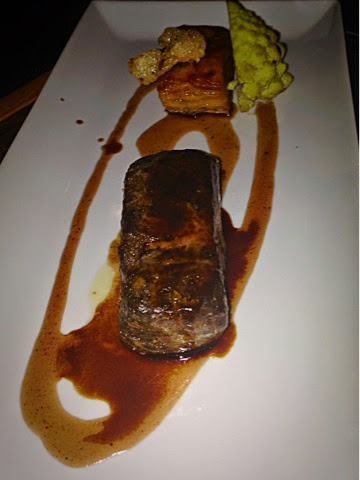 We all ordered different entrees so we could try a little of everything. Luke had the short ribs. It was wrapped with a sausage casing. He liked the flavor but would have preferred to eat the short ribs whole instead of chopped up. 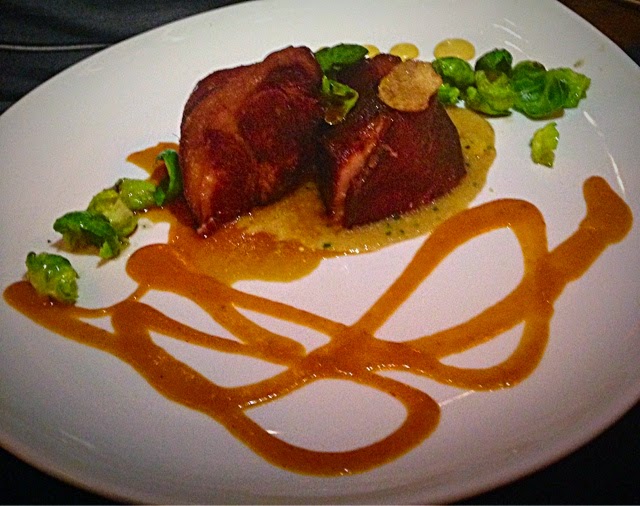 Brian order Confit of Suckling Pig. it was deliciously rich with a roasted pork liquor and served with brussels sprout petals. 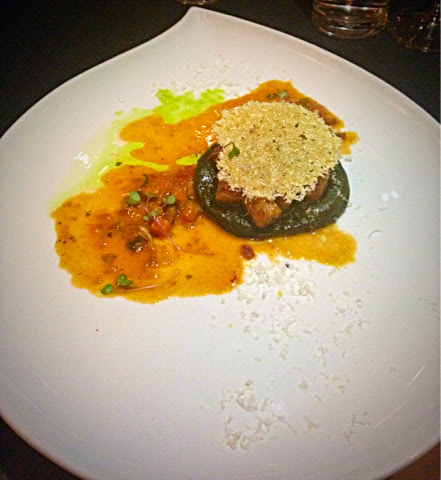 Katie ordered the Duck Skin Gnocchi and she won for best entree ordered. The sauce was great and gnocchi melted in your mouth. The parmesan crisp on top was a tasty, salty addition. I would seriously go back for that entree. 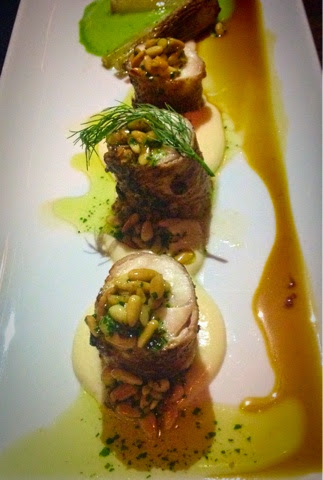 I had the Grouper and it too was delicious. Using three different sauces gave it depth and dimension.

The Cockentrice was an enjoyable experience from the service to the creativity and presentation of the food. The atmosphere is cozy for an industrial loft space with pleasant ambient lighting. The menu is always changing which makes me want to go back to try more of Kevin's creations.

Tip - Make a reservation, this is one of the most popular restaurants intown right now.