Well I had one of those out of body food experiences today, I needed to be pinched to make sure I wasn't dreaming! We were traveling to the Alsace Region just over the German border in France, which is known for their awesome cuisine. I wanted to partake in a great experience, so I did some research and the restaurant Le Pressoir de Bacchus grabbed my attention. The restaurant is located on the wine route (Route de Vin) in a the village of Blienschwiller. I love little towns and this one certainly was little with less than 350 people inhabiting it. The way into the little village was idyllic with vines every which way you turned. When we arrived in the village I thought we had traveled back in time 400 years. It certainly has retained its special Alsatian charm. 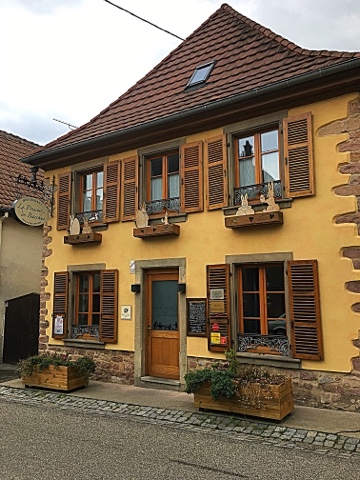 Today was Easter and their menu was Prix Fixe, six courses and I opted for the wine pairing. The wine was a Cremant, a sparkling wine made in the same style as Champagne. It was palate cleansing and great aperitif.  First course was layer mushroom and asparagus panna cotta. It was smooth and rich. They served a sushi roll on the side with wasabi. Sounds like an odd combination, but it was delicious. 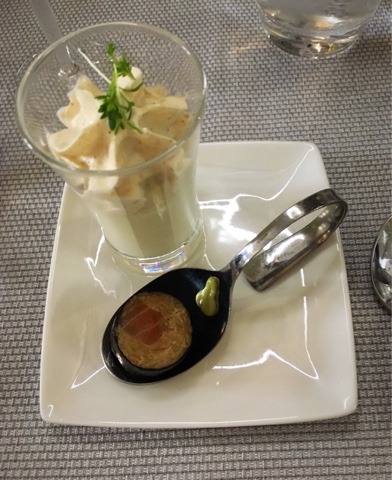 The second course was foie gras, please don't be a hater! Once I tasted it, my morals and ethics were washed down with a wonderful Sylvaner from Hubert Meyer that was made a block down the street. 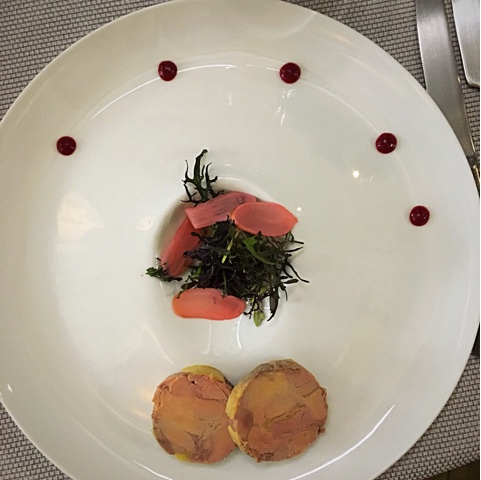 The salad was one of the best salads I have ever had. The ingredients were so fresh and bright. Underneath the greens was a crostini with a tomato confites. Loved, loved, loved it!! The salad was paired with an Old Vine Riesling from Jean Marie Straub who is located in the same village, it really doesn't get much more local than that. 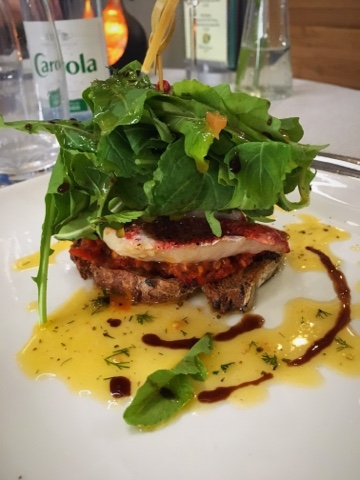 The main course was lamb seasoned and cooked perfectly. We were given regular knives because it was so tender. The roasted tomatoes were also absolutely delicious. It was served over polenta, that was my least favorite, it was a bit dry and lacked taste. 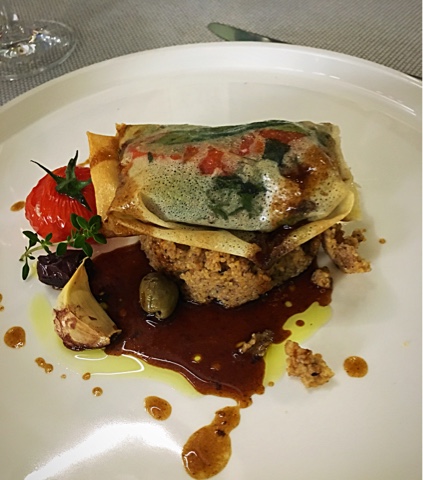 The best part of the meal was that we were allowed to bring our two little Boston's with us, it is a family day after all. Can you see the drool hanging off Bogi's left side of his mouth? And his puddles of drool surrounding him? Apparently, he thought it was great too. I made the mistake of sneaking him little treats and it got the water works going!!! Isn't he cute? 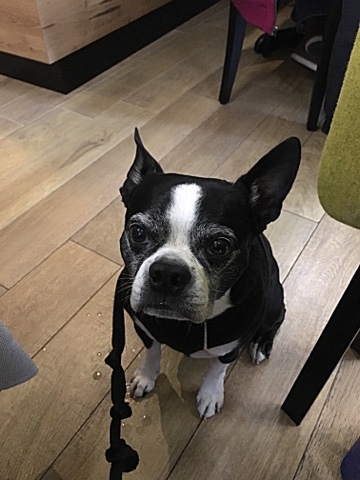 And dessert . . . wow dessert! I was hoping for chocolate since I had given it up for 40 days, but this was better. Rhubarb sorbet and rhubarb confites with creme fraiche. It was a refreshing end to a pleasant meal.
My husband and I both enjoyed our cozy afternoon and the best part was the price. Two tasting menus, six glasses of wine, two large bottles of sparkling water, and two espressos, including tip (and yes you tip in France anywhere from 5% to 10%). Total bill was €160. In the states that would have easily been double.

Today was certainly a treat, I look forward to trying more Alsatian delights!! 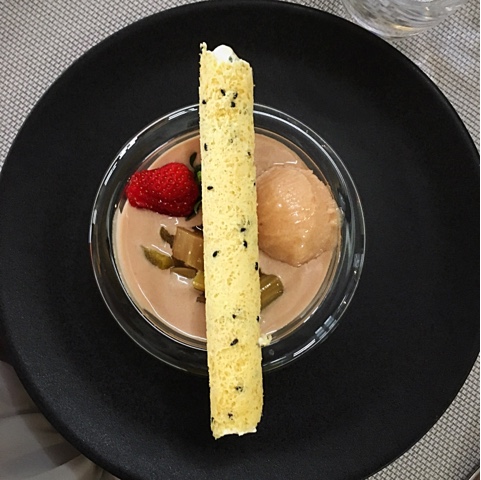