I have always loved Chardonnay from Burgundy, especially Pouilly-Fuissé. I was so excited to visit these tiny villages and see how this great wine is grown and produced. We came off season so this village of a little over 300 inhabitants was a little sleepier than usual. We stayed at La Maison du Hérisson (The House of the Hedgehog) and had the place to ourselves. Sébastien Chambru and Margaux Moisière team up to run this place as well the gastronomy and bistro restaurant a block away, L'O des Vignes. The Hedgehog is a unique place, it is basically a five room, all with private bathroom, guest house. There is a communal kitchen, TV room, and courtyard. The rooms are stylish and homey. Sébastien and Margaux were so welcoming, and went above and beyond to help us enjoy our stay in Fuisse! They are dog friendly too. Every morning, breakfast was a treat, homemade yogurts and marmalades by Margaux which has spoiled me forever. 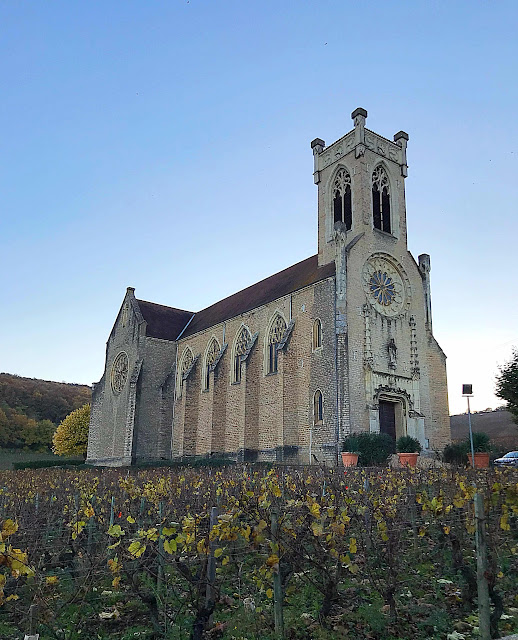 After we got settled, we walked the village during the golden hour. This was the "new" church. It was beautiful and surrounded by vines. We popped into a tasting room, there were a couple open but with most of the winemakers in Fuissé it is best to make an appointment. 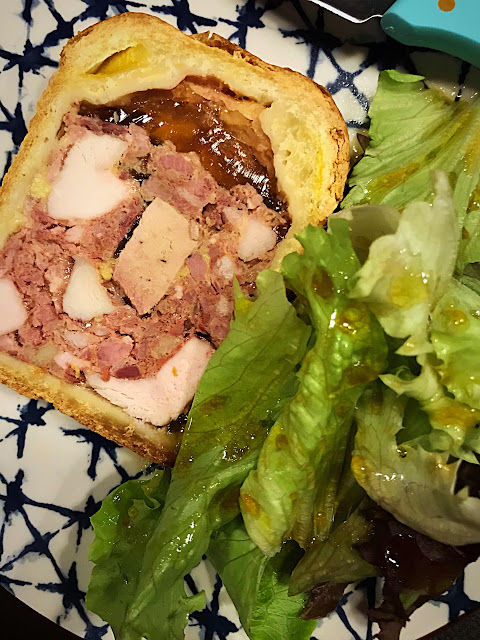 L'os des Vignes was closed one of the nights we were there, so Sébastien offered us a meal prepared by Margaux at the Hedgehog. The Pâté en Croûte was absolutely delicious and so was the duck with Jerusalem artichoke purée. 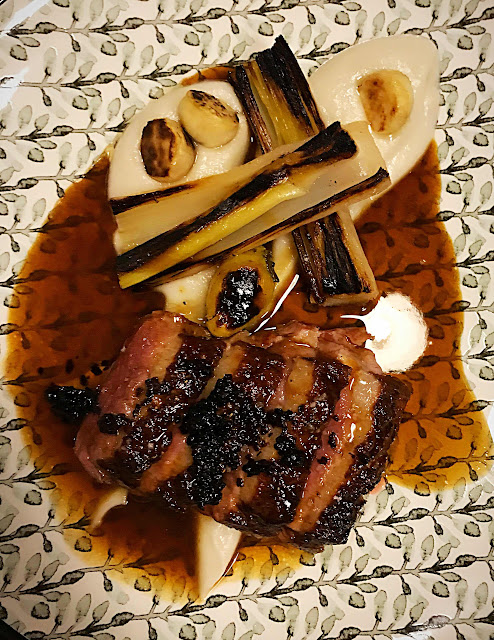 I loved being able to ask her questions about cooking and watch her perfectly dress a salad! We asked her about places to visit and she suggested the Rock of Solutré. 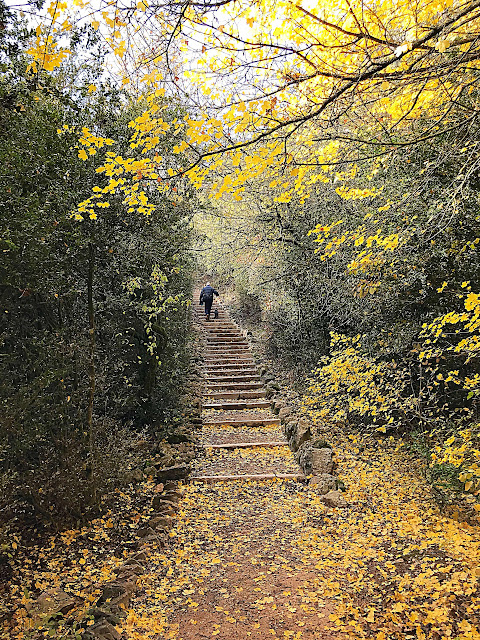 It was a beautiful fall day. The trail was surrounded by vines and the trees were rich in color, and almost had the trail to ourselves. The dogs had a blast! 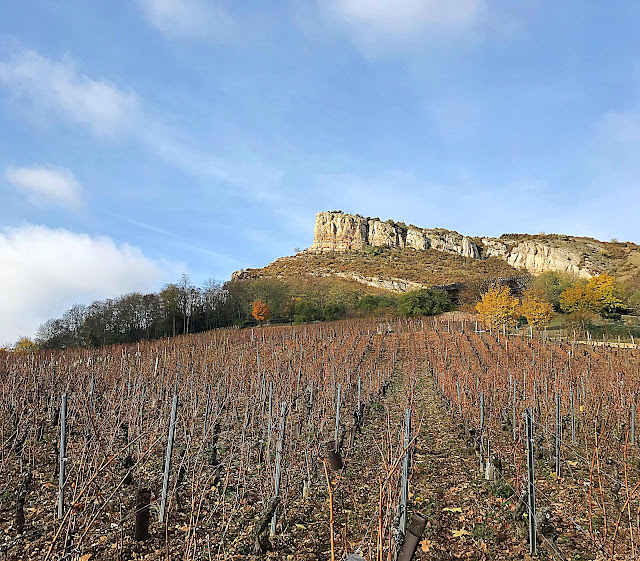 The trail leads up to the top of this outcropping of limestone rock where the views are stunning, especially on a nice day. 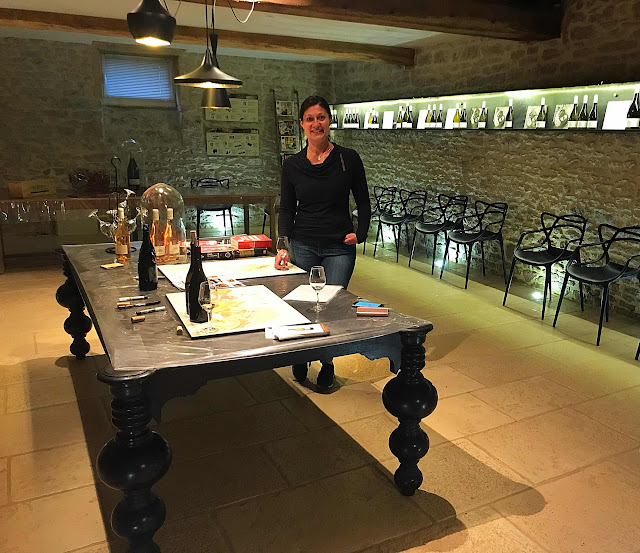 At dinner, we enjoyed a Thibert wine and wanted to taste what other wines they offered. We walked a block away into their domaine with no appointment, and had a wonderful tasting. They spent a lot of time explaining their award winning wines and letting us tasting the differences in appellations. After we bought wine, they said they would deliver it on the day we were leaving instead of us carrying it ourselves. 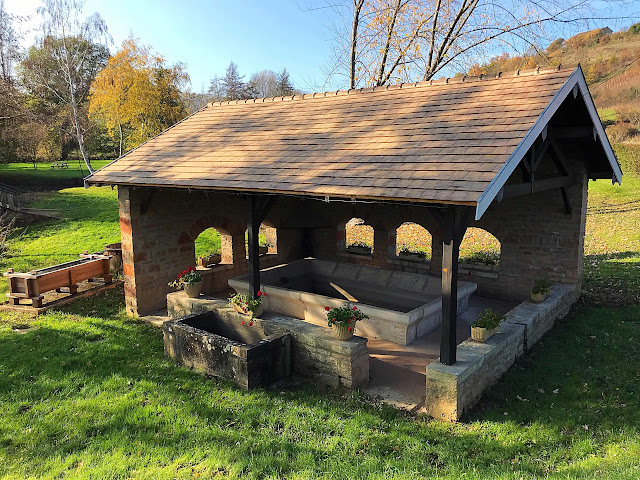 We had reservations in the nearby village of St. Amour. Sebastian said he would get us a taxi, it was the night of annual Beaujolais Nouveau festival so apparently all the taxi's were taken. Sebastian showed up in his own private car and drove us to the other restaurant. On the way he stopped to show us these huts.  This is where the women in the villages would gather to wash their clothes. He told us how his grandmother was washing clothes here up until the 1960's. 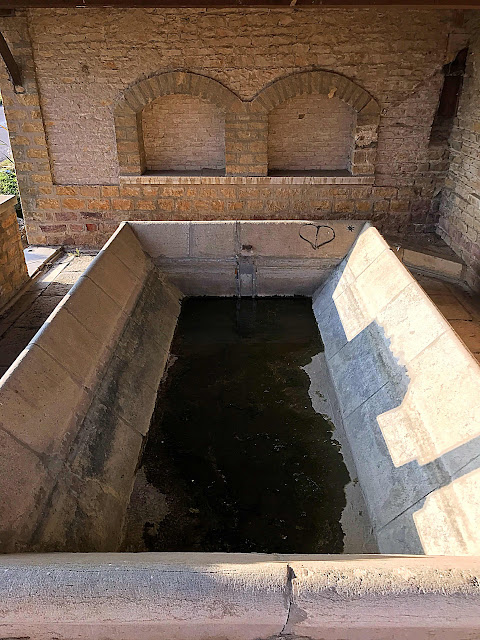 The villages have done a great job preserving them.


We were so excited to try Sébastiens’ restaurant, and opted for the 8 course tasting menu and wine pairing. Everything was exquisite and perfectly presented, here are a couple of examples. If you can believe, the food actually tasted better than it looked!! His passion for high quality food is contagious, you can tell Margaux adores working for him. 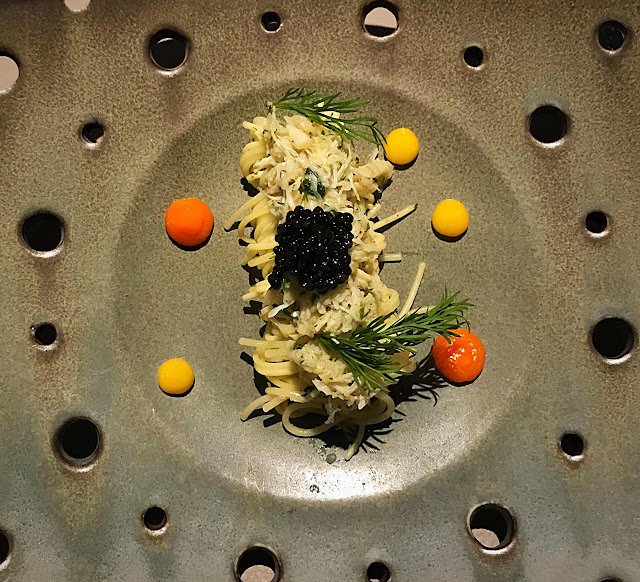 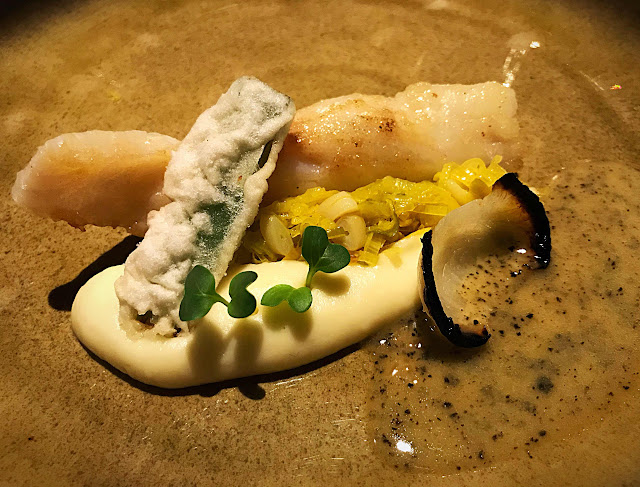 Turbot with tempura leek, roasted with an amazing Buerre Blanc. 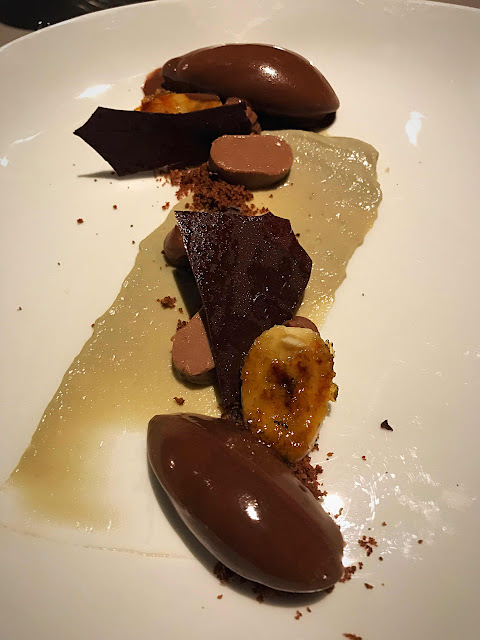 This is one of the best desserts I have ever had, it was basically chocolate, peanut butter and banana in all different forms and textures.

The only thing I was a little disappointed in was the wine pairings. I was a little underwhelmed unfortunately. Next time and there will be a next time, we will order wine by the bottle instead. After dinner I asked to take a picture, he invited us back to the kitchen. Notice Sébastiens’ collar, he earned the Meilleur Ouvier de France (MOF) in 2007, I bet a star will be next. We had no idea how accomplished he was, we were so fortunate to select his hotel and restaurant. I can not say enough good things about Sebastian and his team. Our stay couldn't have been any better!! We can't wait to revisit in a different season to taste more of his creations and also dine in the beautiful courtyard.