Bari and the Nonnas 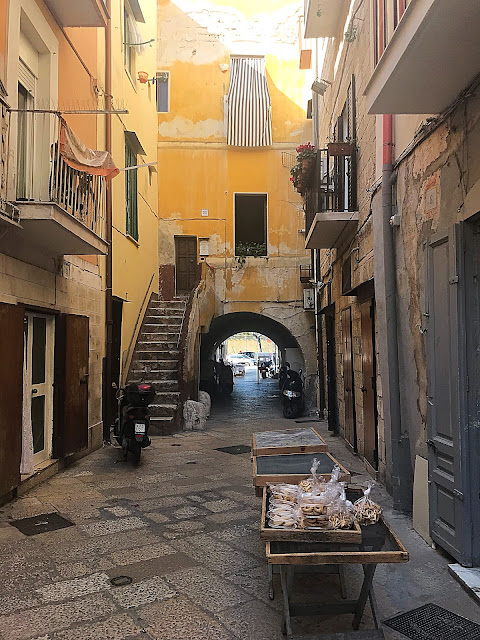 Bari is a major port city on the Adriatic and also home to the famous Nonna's making fresh pasta. The city seems divided into its' old town and the newer section which has grand promenades with sweeping sea views. It is a great place to stroll with a gelato in hand, or have an aperitivo and watch the world go by! 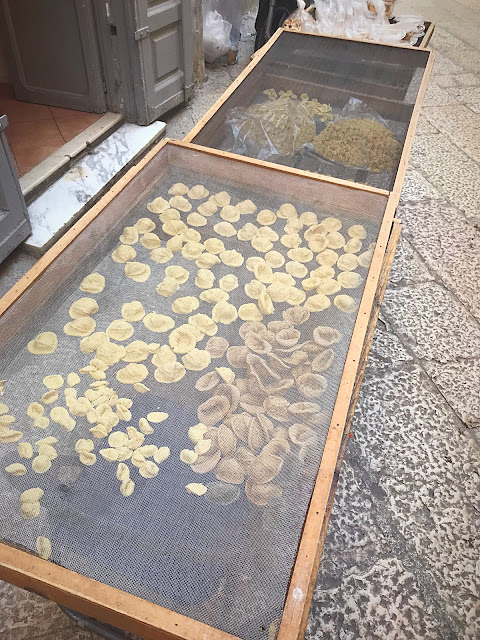 The old neighborhood was where the grandmothers were making pasta by hand. They were just inside their doorways putting on a show for the onlookers. The two streets Arco Alto and Arco Basso behind the castle were lined with pasta cages. They make the traditional pasta orecchiette in different sizes and with different flours. It is traditionally not made with egg since this region was poorer and didn't have additional money for eggs. They sell the pasta for next to nothing! A two person portion was about $2 and pasta for two in Italy equates to enough for 3 or 4 people!! I guess that is not surprising.

They also make biscotti and cookies. We bought amaretto cookies. They were delicious but a little sweet. We noticed the Italians liked their sweets.

We were worried the Nonnas would not be around since we visited on a Sunday. However, they were and so were the rest of their families. The neighborhood was cooking Sunday lunch, and going back and forth to other houses with pots and pans filled with food treasures. The smells were incredible, our mouths were watering!! It was nice to see the tradition of Sunday family lunch/dinner was still alive!