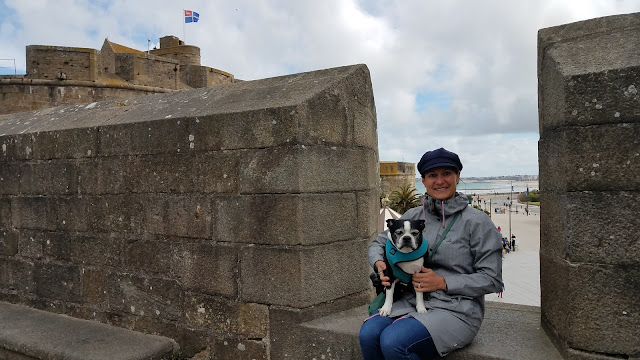 St. Malo is one those often talked about cities when you mention Brittany. Reasonably so, as it is essentially an island connected to the mainland by a harbor and some streets. The city is completely walled in with ramparts which are unique in that you can walk their entirety.  Upon arriving we immediately ascended them to walk the periphery. 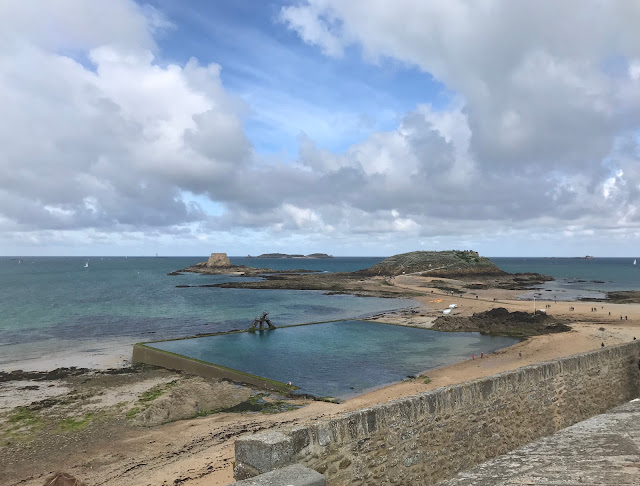 An inviting natural pool that is refreshed by the ever changing ocean tides. In the distance, yet another island accessible by foot rewarding you with more stunning views. 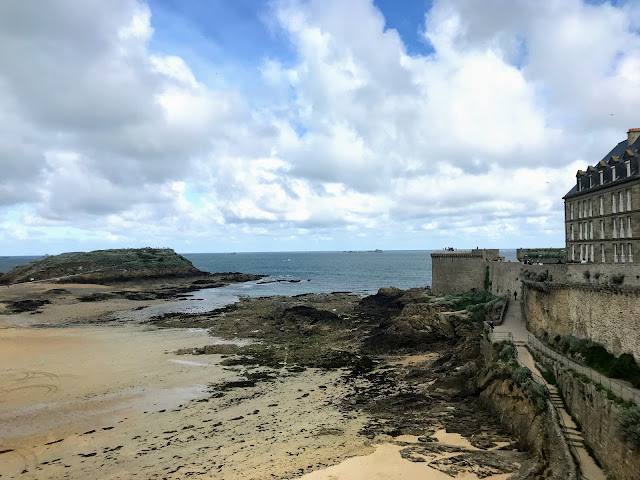 It was a beautiful stroll on the ramparts, but my mind couldn't help but wander off to St. Malos' dark history. More than 80% of the city was destroyed in WWII by the Americans and British in a two week battle. 10,000 Germans were taken prisoner. It took 12 years to restore and rebuild this city.

Farther back in time, beneath the ramparts were kennels for over 20 Mastiffs guard dogs. They were purposely not fed during the day so they would "feast" at night. When darkness fell, the guards would walk the dogs to the Grand Port and release them. The bell tower would be struck 10 times to let residents know the dogs were out. This was to protect the city from intruders and pirates. Unfortunately, the dogs weren't always going after intruders when the residents would wander home too late. In the morning, the bell would ring again, the dogs would be corralled and the residents could go about their business.

St. Malos colorful history also included pirates. Many privateers, commissioned by the French court, called St. Malo home. The English bore the brunt of pirates and the city of St. Malo flourished with the wealth brought from their endeavors. 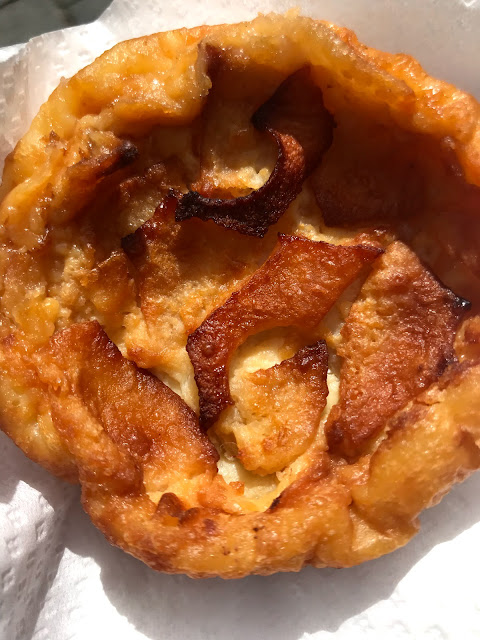 This sweet treat was another specialty from the region. The Far Breton is similar to flan but denser, with more butter (this is France, lol). The traditional one is made with prunes, I had apples. It was heavy, but not too sweet.

It was another city to easily wander and get lost inside the walls with so much history, and its' many eateries, shops and art. This was a great stop off, however I was glad to not overnight here as it is very touristy and can become extremely crowded in summer months.