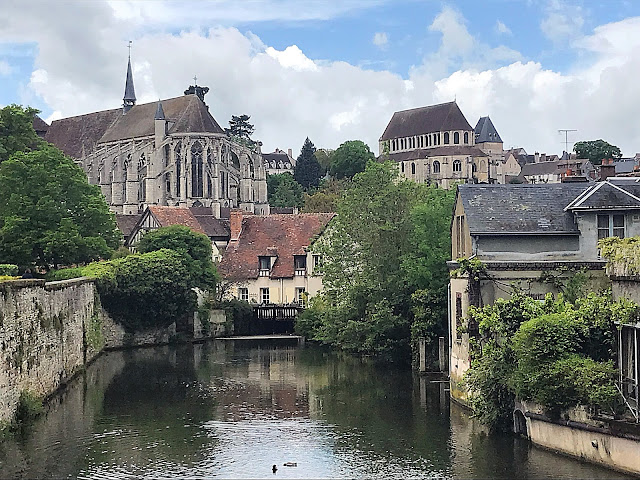 The city of Chartres flies under the radar and I am not quite sure why. It is located 50 miles southwest of Paris and is the capital of the Eure-et-Loir Department. It is a small city with a historic cathedral, charming cobblestone streets with the Eure River winding through. 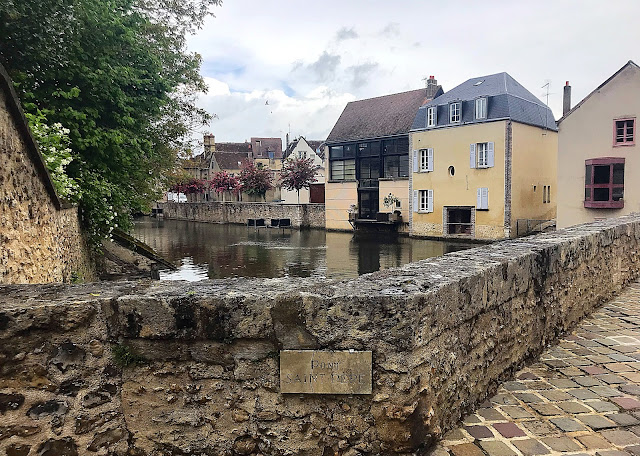 Chartres has beautiful old buildings and nice walking paths making it easy to explore and wander. 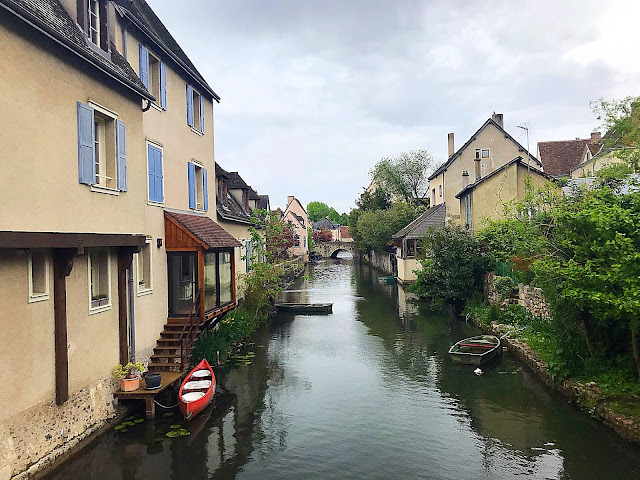 I felt as though we had stepped back in time. 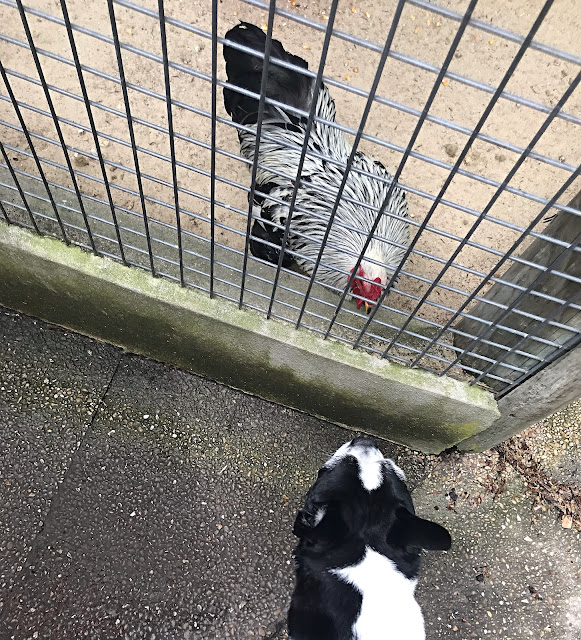 Along the river, the city has a small animal park and an elaborate garden with over 65 different varieties of roses. Bogi had no trouble making friends! 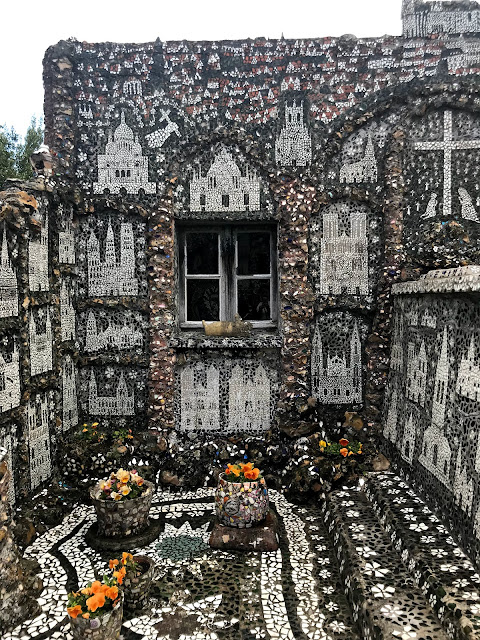 Another interesting attraction is the Maison Picassiette. In 1938, Raymond Isadore collected and starting decorating his house with broken shards of glass and china. 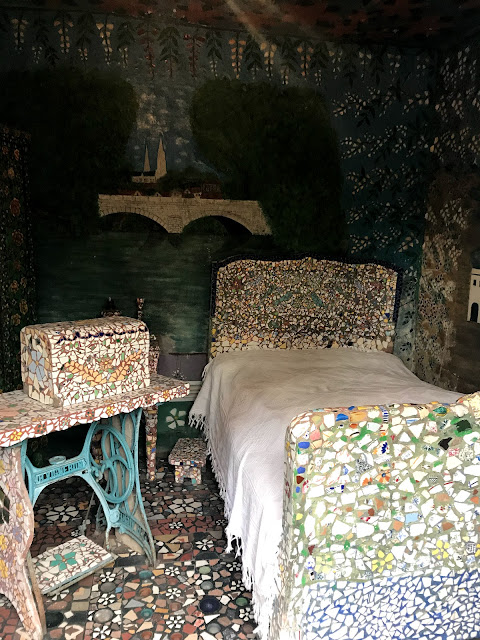 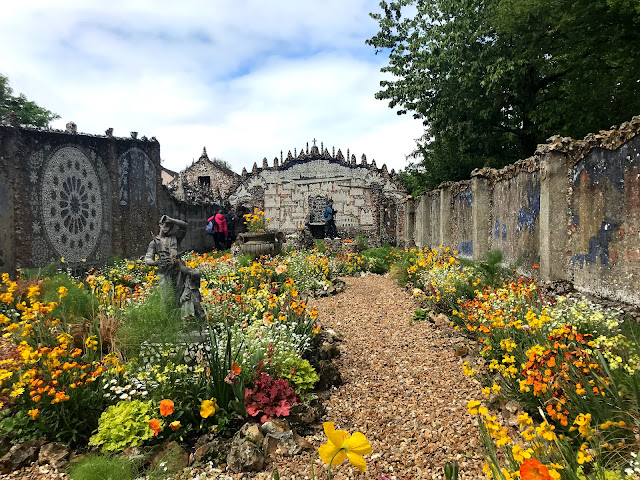 In the 1980's, the city took over the property and for €6 you can wander the whimsical home and garden. 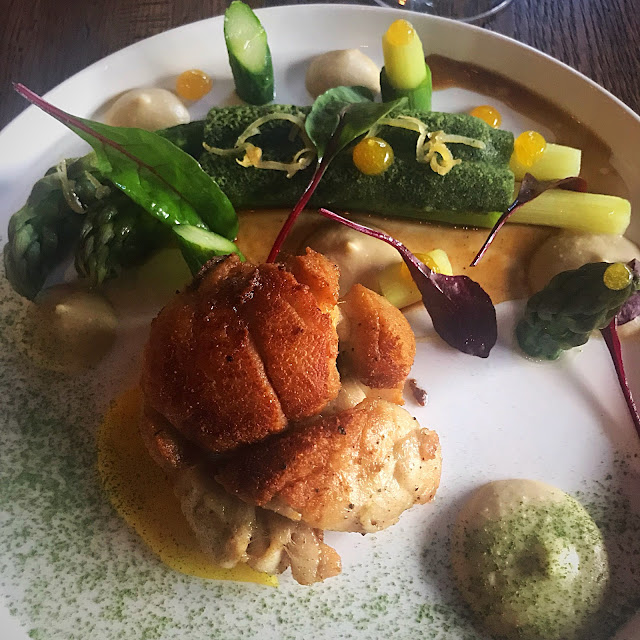 We had a wonderful evening at Le Montescot Les Caves Chartraines. It is a noveau French bistro (our favorite), the food is much lighter than the traditional heavy French fare. I ordered sweetbread, which was the thymus gland. It was very tender and full of seasoned flavor. Luke ordered duck and said it was the best duck he had ever had. The wine was superb and prices were very reasonable as well. 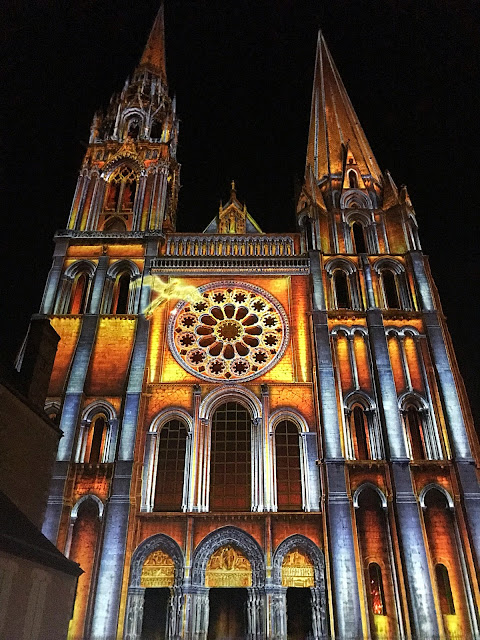 The 13th century gothic cathedral attracts many people from around the world because it houses the famous relic, the Sancta Camista, which was the tunic worn by Mary during the birth of Christ. 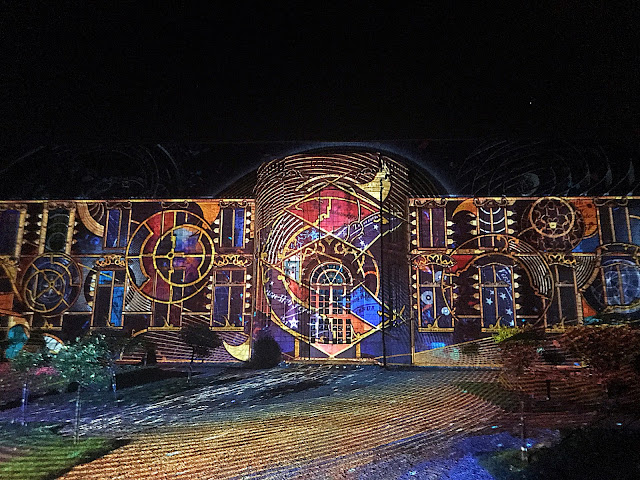 Chartres en Lumières is an enthralling light display coordinated to music on 24 buildings throughout the city every night from April to October. I highly recommend this spectacular show, it is the best we have seen in Europe so far. 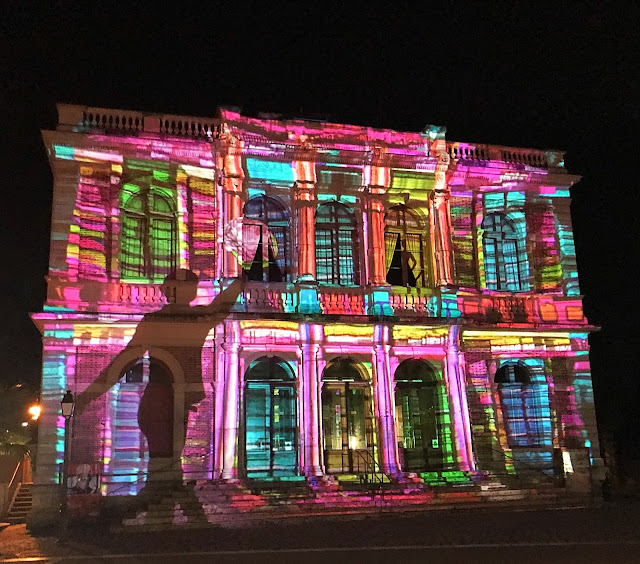 Chartres is a great stopover on a longer road trip. We stopped on our way back from Brittany, and we are glad we did as this petite city has a lot to offer.
Chartres en Lumieres Dog Friendly Europe Festival of Lights France Gastronomie Gastronomy Maison Picassiette